Dreams don’t have to disappear when you wake up in the morning. The best ones can be made real... if you put your mind to it. 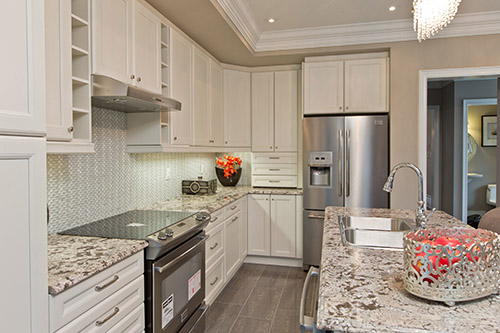 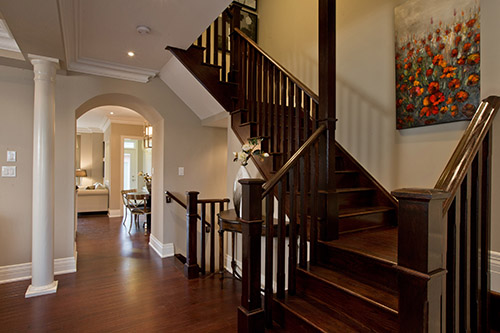 Like the quality houses that they build, Ballantry Homes is a company with a solid foundation anchored in the excellence of their staff, along with their commitment to consistently deliver award-winning homes and communities.

In 1989, two men made the commitment to pursue a dream they both shared -- to create and bring to fruition a new home building company. David Hill and Bobby Bhoola were a perfect pairing for this enterprise, with extensive expertise in home building and land and commercial development.

The partners shared a goal which has become the cornerstone of Ballantry Homes: It is to build with the finest quality in design, materials, construction and especially to offer exceptional customer service.

Their first project was realized near the mouth of the Rouge River, in 1989, with 10 lots which were quickly built and sold; the ‘beginning’. Fast forward to today and more than a quarter century later, and Ballantry Homes and its founding partners, has become a notable full service builder and land developer. In doing so Ballantry has consistently and successfully adhered to the original goal of building excellence, now branded as the builder who “ Builds Dreams”.

Over the past 31 years, Ballantry has constructed more than 10,000 homes in more than 35 communities across the GTA.

Notably, the professional integrity of the founders is reflected in the long term business relationships they enjoy with landowners, trades, suppliers, consultants and financial institutions. Many of these relationships, including the Toronto Dominion Bank, still flourish after 27 years of business.

Ballantry has always treated its customers as #1. Having built some of the finest homes and master planned communities in and around the GTA, Ballantry’s reputation for meticulous attention to detail and craftsmanship has earned the trust of thousands of satisfied homeowners. Incredibly 95% of Ballantry homebuyers say that they would recommend Ballantry to family and friends and would purchase another Ballantry Home!

It is this type of loyalty that is reflected in surveys by J.D. Power and Associates where Ballantry was recognized as one of the Top 3 builders in Customer Satisfaction with New Home Builders in the Great Toronto Area. Ballantry Homes has also received the Avid Award for the “Best Customer Service Experience". Ballantry was also awarded the Avid Benchmark Award, which ranked Ballantry in the top 25% of National Homebuilders for Customer Experience for Homebuyers.

The company’s current projects, which can be viewed on this website, are a testament to Ballantry’s diversity and ability to secure housing sites in sought after residential neighborhoods. Ballantry’s upcoming activities are equally exciting ranging from a new infill collection of executive townhomes in an historic village to the west of the Greater Toronto Area to two new master planned communities of over 800 mixed use housing. One in the north end and one in the west end of the greater Toronto area.

CHARITY SEES THE NEED, NOT THE CAUSE – German ProverbThis simple maxim is the guiding principal for Ballantry’s charitable activities. Ballantry has always “seen the need” and continues to contribute to local and far reaching worthwhile causes.

The passion and the goal established 31 years ago on the banks of the Rouge River by the two partners, remains steadfast and unwavering and will continue to guide Ballantry Homes in its future developments. "WE BUILD DREAMS"